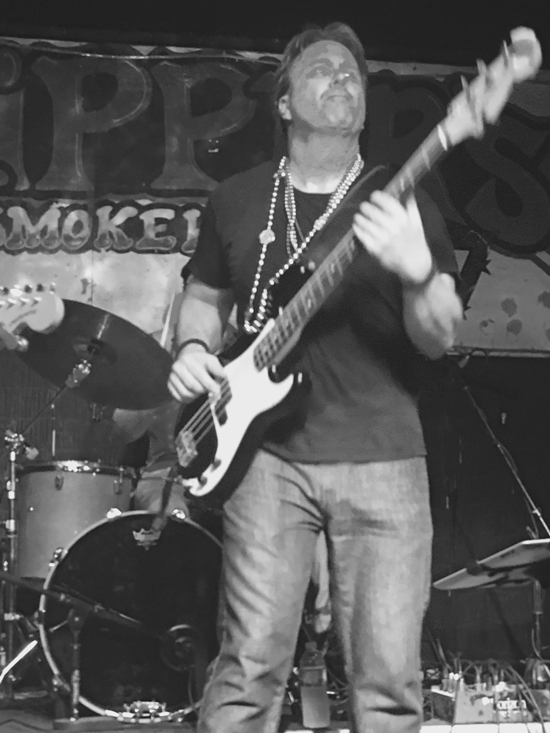 Playing music professionally since 1989, Tom “TBone” Hamilton has continued his lifelong passion that started in his youth and leading to his first professional band, The Blue Thunder Band.

“Now my blues foundation was formed – and I meet the center of the blues in my area, Rock Bottom. I was playing at a party and Rock heard me and hired me for a one-off gig since his regular band couldn’t do because they had a bigger gig to do the same night – and the first show I had with him – took me to the next level. Rock Bottom was The A Team – we hit it off and after that gig a friend of his named Deacon Fuller hired me for his band. So now we’re in the early 90’s – from ’90 – ’95 Tampa had a real kick ass scene. Deacon was like a hyper John Lee Hooker, real up tempo stuff.” – TBone Hamilton

After these great experiences, TBone Hamilton decided to form his own band – again. This time, along with co leader guitarist Dan Harris, The Swinging Johnsons were born. From 1995 to 2003, the Johnsons performed throughout Florida, including festivals. During this era TBone and the band recorded “Get A Life” – the first album by the SJ’s. The record, recorded and mastered at Bay Sound Studios in Tampa, was the first production credit for TBone. (TBone has playing credits on other artists recordings) “Duck”, the second CD followed as the band was performing hundreds of dates per year.

As the evolved the name changed as well, The Hamilton – Harris Project was formed. This was a 5 piece band featuring world class vocalist Marilyn Freemon. “Live Matters”, the 3rd effort by Hamilton & Harris, is a live Jazz Standards album. Once again TBone was a producer on this live recording.

The band had a good couple of years run and then TBone started to freelance with Duos more. Jazz, Blues, a Grateful Dead-type of band, a duo with a piano player, The Castellano Hamilton Duo, a harmonica duo, Hatfield Hamilton Duo – He was getting hired for the duo gigs because he is a bass player who can keep time without a drummer.

Restless to start something new, The TBone Hamilton Band was formed in 2009. This kind of a Booker T and the MG’s model – guitar, bass, drums, keyboards –  a New Orleans Style band. TBone has fronted this band for several years and it was the foundation for his bigger band TBone Hamilton’s Big Easy Revue.  During this era TBone started to lose some of his blue friends. So he decided to create TBone Hamilton & the Blues All Stars as a way to perform concerts with the best blues musicians around.

“A Tribute to Willie Dixon” was recorded by the Blues All Stars and features harmonica man TC Carr, and boogie woogie piano of Mitch Woods. The album was recorded live and in studio with TBone up front singing on all tracks and playing acoustic upright bass.

Currently TBone is focusing on the new version of the TBone Hamilton Band, which will include many different styles of music, jazz, blues, rhythm and blues, funk, rock, NOLA grooves and originals. Look for new stuff on the horizon! 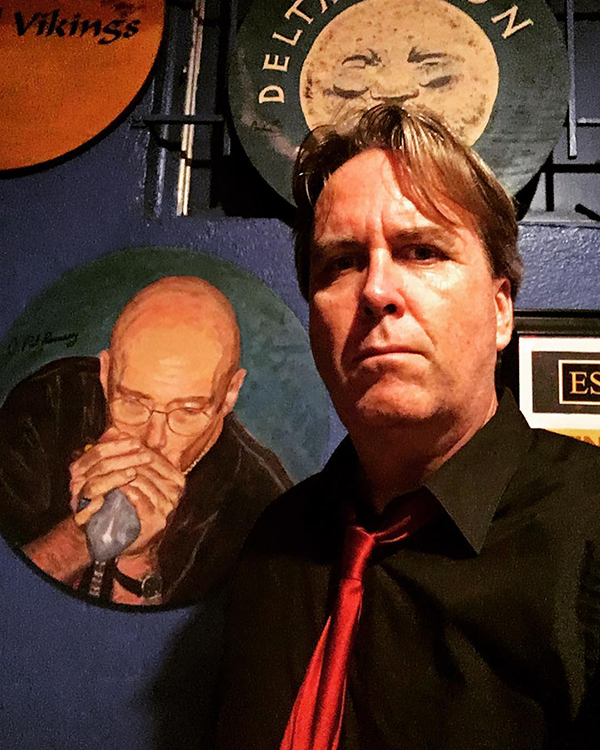 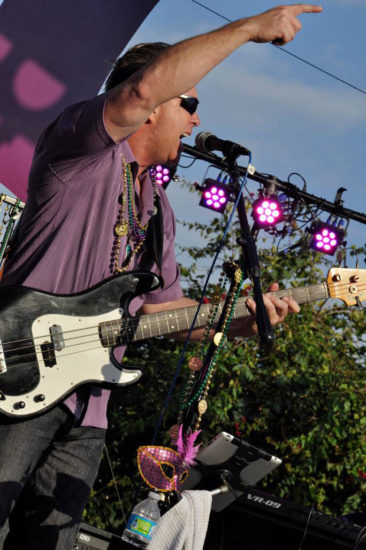 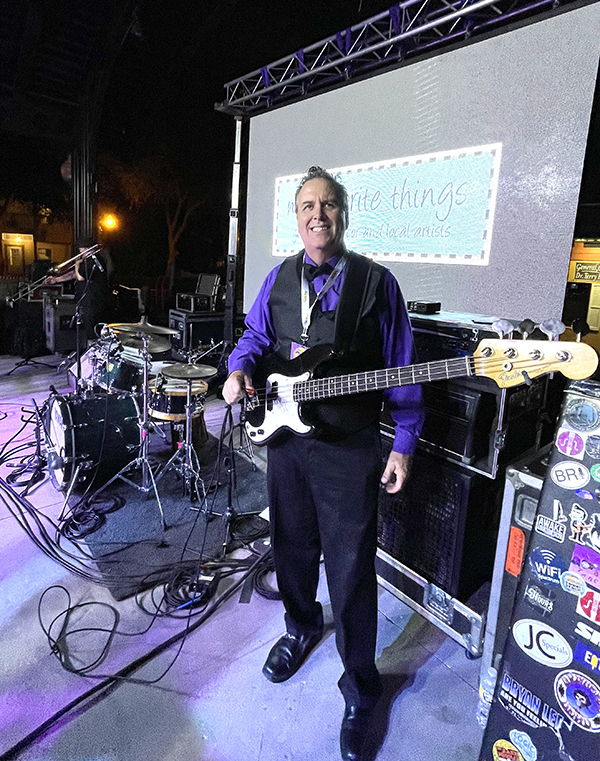 EP – “A Tribute to Willie Dixon” 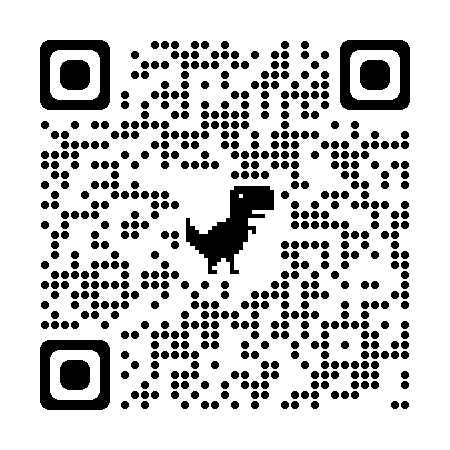 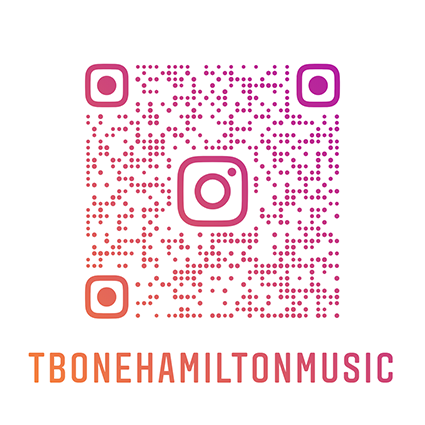 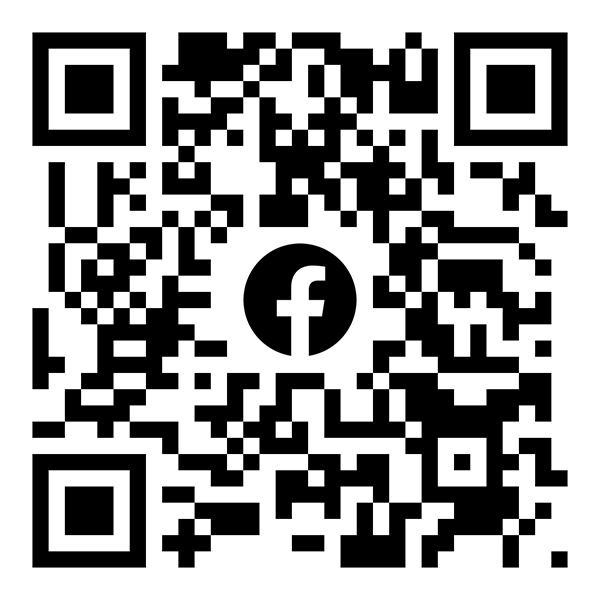 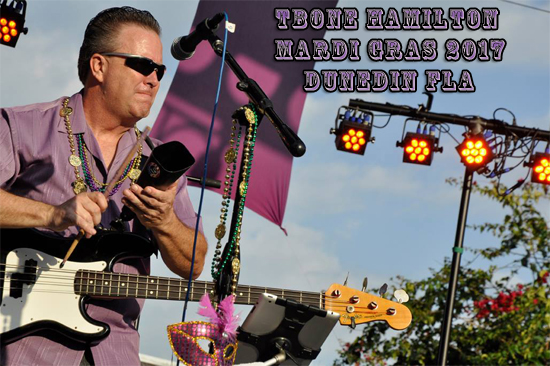