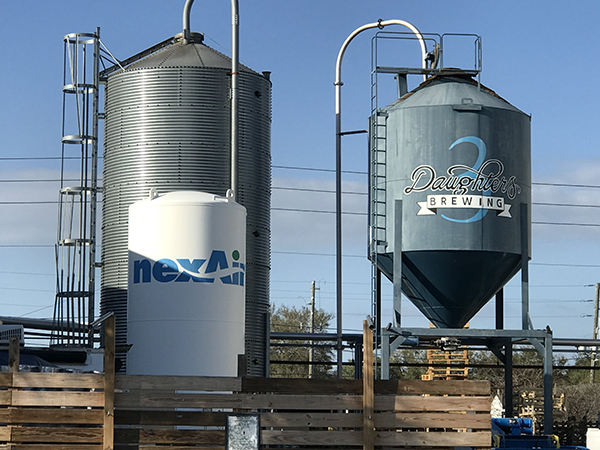 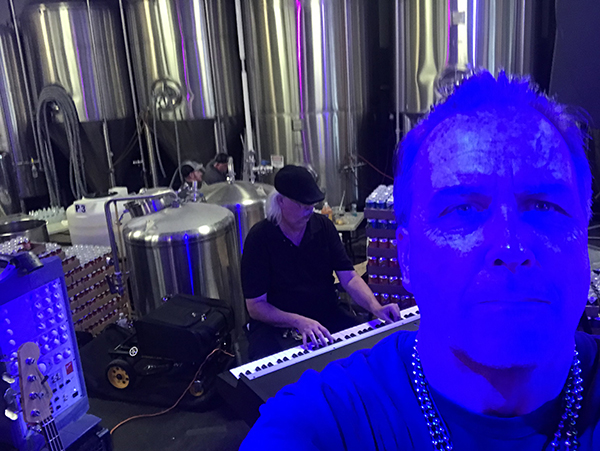 On March 1st 2022 The band was hired again to play the 3 Daughters Brewery for a second time for Fat Tuesday. This was a crawfish boil and guests paid to enjoy the food, beer, and the music. I called tonight’s version of the band the Big Easy Revue, the Brady bunch edition, since we had three guys and three ladies in the band. Kimara Lee was lead singer, along with me, Dan Harris was on guitar, Valerie Gillespie on the Alto Sax, Rick Steuart on keyboard, and Kana Leimbach drums.

3 Daughters Brewery is a brewery that was established in the warehouse district of St. Petersburg Florida several years ago. It is an area of Saint Petersburg that’s been growing by leaps and bounds for the past decade and now a lot of building is happening in the city of Saint Petersburg. The stage is high and off the ground. It presents its own problems because it open room with huge stainless-steel vats of beer. So, we had to be conscious all night of our sound because it could get loud and boomy inside the room and we wanted the guests to have a great time and be overpowered by the music. The first half of the set the band was playing fantastic and it was very warm inside. We were challenged by the heat factor but we overcame all of it. 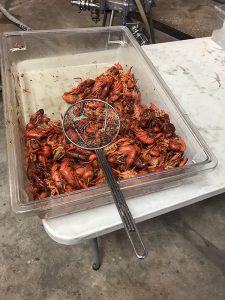 The people in the beginning were not dancing because they were thoroughly enjoy the crawfish. For anyone that has eaten crawfish you know it can be a messy endeavor! Towards the end of our festival style set people finally got up and started second lining. It’s in a hall and they got their whole room going. Our friend Rick Steuart did a great job on keyboards and Valerie sounded fantastic on the Alto. Dan, Kana, and I, have been playing together I’ve been playing together for a year or so at this venue in Cape Cora, and it has made the core of the band much tighter. It’s always special when the musicians are tight. This way you can just improvise and enjoy the music and try to play at a high level. Our goal is to try to get the band book more during the year since we’re really like a Mardi Gras but I think there could be a market for an all year round party so it’s all good.