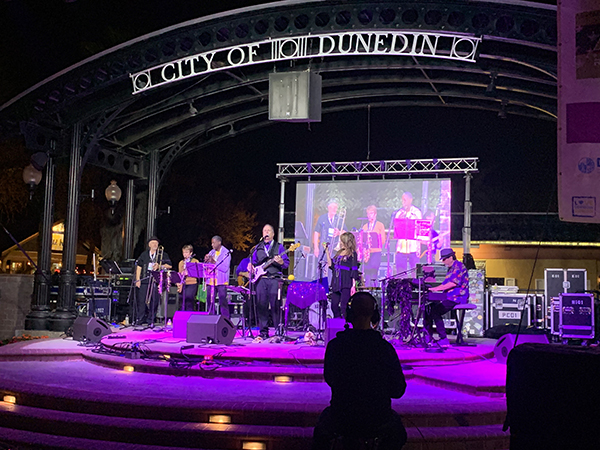 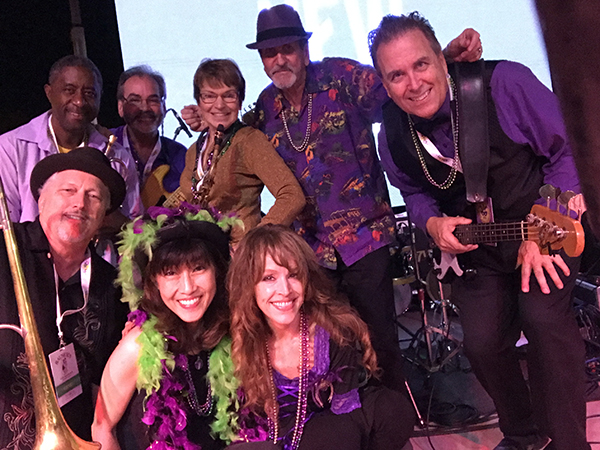 We were supposed to start at 8 PM, right after the parade, but the parade kept going on, and on, and on, and we didn’t start till like 8:20pm. This cut into our prepared 75-minute Setlist. And, so as a musician, you have to adapt, and the band has to adapt. But in this case, it’s an eight-piece band. The band played wonderfully tonight. Kimara Lee on vocals, I was on bass and vocals, Dan Harris was on guitar, David Hardy was on keyboard, Dwayne White on trumpet, Ted Murphy on trombone, Valerie Gillespie on alto sax. The horn section sounded fantastic and so did the rhythm section. Kana Leimbach played real strong drums tonight. I was pleased with the vocal mix of mine and Kimara Lee’s voice. Part of this was due to pre production meeting we had where we really made sure our monitor mix was clear and loud.  She sang solo real well. The sound company was excellent and it was cool to hang with Tom White (promoter) again on a golf cart yuck it up. This is one of those shows where you have an absolute high where everything works. My good friend Van Read runs the video production company, making us look really good on the High Definition big jumbo Tron. So all the teams came together and created a really good show. On a sidenote, it was the first time we played with Ted Murphy a.k.a. Clinton Johnson’s in many years. Ted was part of the Swinging Johnson‘s days. Dan did not know that Ted Murphy was showing up so he was hit with a complete surprise when he hadn’t seen Murph in quite a few years anyways it was great to have a mini Swinging Johnson’s reunion! – TBone Hamilton 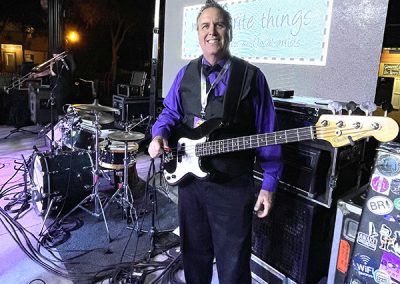 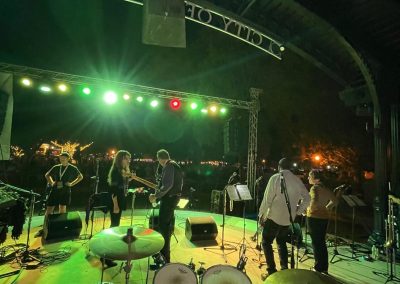 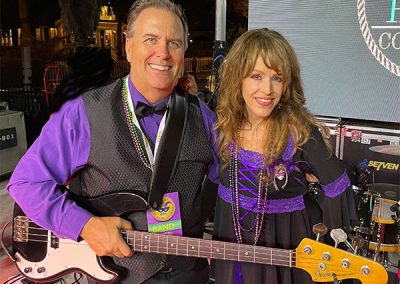 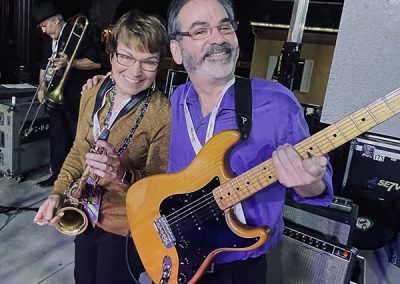 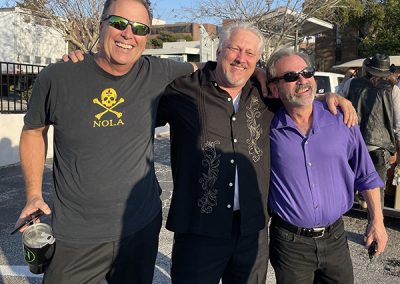 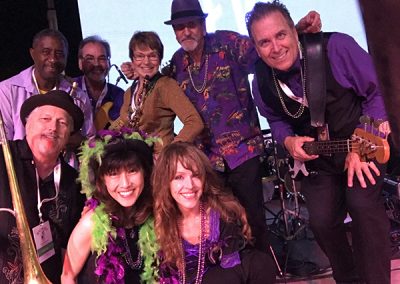 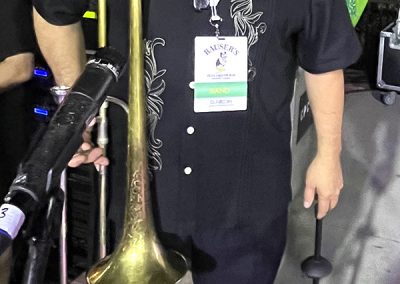 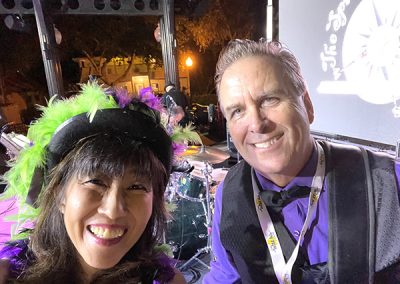 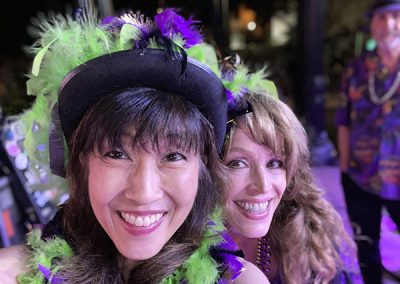 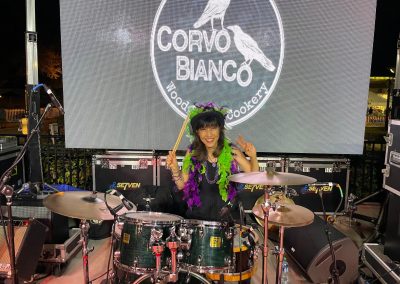 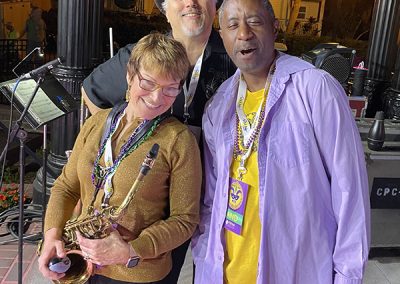 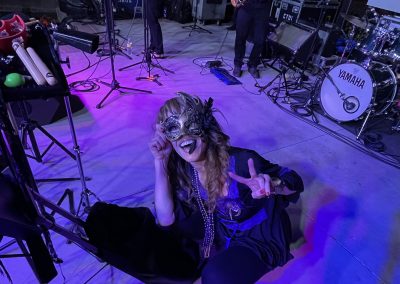 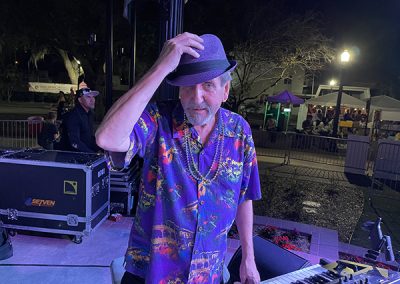