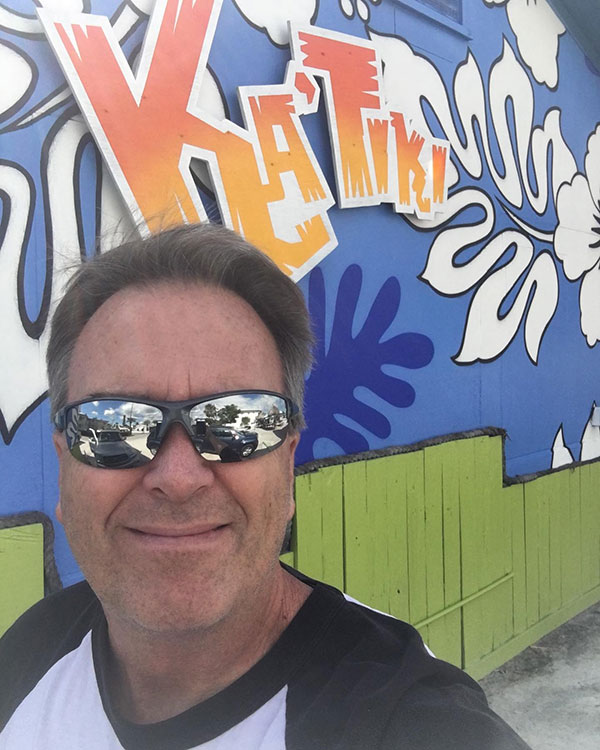 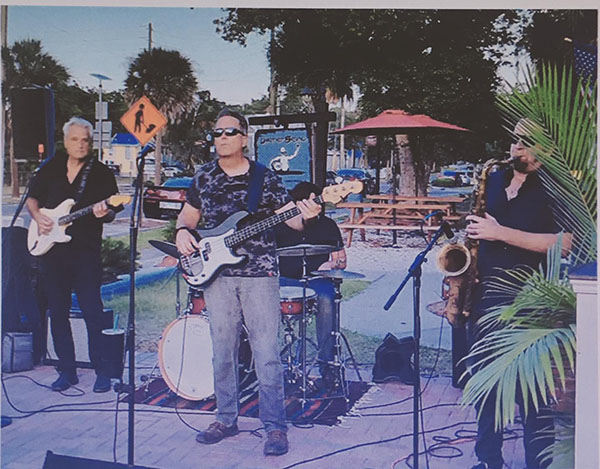 TBone Hamilton and the Blues All Stars Live at Ka’Tiki

TBone Hamilton and the Blues All Stars Live at Ka’Tiki on Sunset Beach in Florida. The weather has been warm in Florida. Then on this day, that we were gonna play at this beach bar, all of a sudden the fog came in and there was some moisture in the air but it wasn’t too bad. We played a four hour gig. But we played a lot of extra music in the night as I knew we would. Earlier in the night it was kind of quiet I had one of their delicious BLTs of course, and we rocked a good first set.
Second set people really started getting up and dancing and they pretty much dance until 11 o’clock at night.

People were coming up to us telling us how much they really appreciated our music. That’s the whole reason why I do this!  We kept playing Jon Puhl was able to really rip it up on the Stratocaster. He was able to open up the amp and really drive the band. Eric on drums is really driving the band as well. He & I were able to lock in really good. Mullins was ripping it on the tenor came up with some new soloing ideas and the crowd really enjoyed his playing.

They were very generous throwing money in the tip jar all night. There was one couple asked us to play Moon Dance, which we didn’t really know.  So I kind of faked it using the iPhone, which is basically sacrilege, but I don’t care at this point in my life. If it makes the people happy we have a bunch of good cool killer tunes that we already played so he tipped us and they were really happy.

When we were finishing up, we have to close down at a certain time because of sound ordinance stuff, the crowd was still going nuts and screamed for an encore.

The valet started was yelling at them to throw some money in the tip jar which they immediately obliged so we launched into a swinging version of Jambalaya. My other band the Big Easy Revue specializes in New Orleans music. I know this stuff like the back of my hand, plus I already knew there was a couple people from New Orleans in the house so as soon as I started playing that tune everybody up dancing and second lining.

Since it is the middle of Mardi Gras we definitely have been sprinkling the set with New Orleans music. All in all the guys made a lot of extra money. The staff was really happy and it’s just one of those doggone good gigs.  My buddy Geoff a guitar player, and his friend Matt a drummer, hung out till the end of the last set. We got to do what we call the post Gig hang afterwards I just sat there and talked about a lot of stuff. A lot of times it’s the only time you can talk to other musicians. If they not gigging and they can come to your gig and you hang. – TBone Hamilton