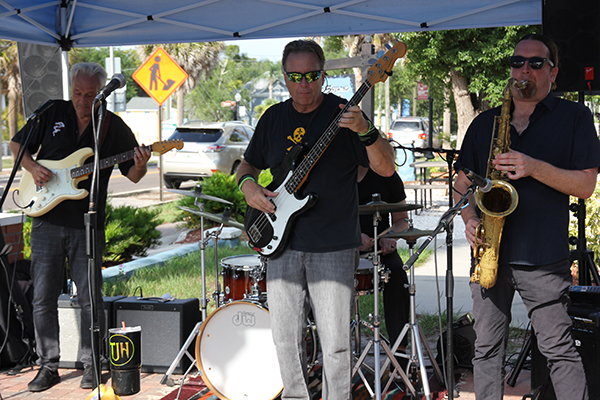 We were playing our standing house gig at H’ours Creole in Tarpon Springs in the middle of Labor Day weekend. As usual the unpredictable weather postponed our start because we saw some lightning a little bit of rain. But then it held off in our area, and we were able to set up and play. Turned out to be a really good night with a lot of the people that attending really appreciate the music as they were giving us thumbs up as they were walking out.
We also had several musicians there and we had our friend Rick Hart sitting on guitar last set. We play right by the main street and this one couple parked in a parking space in front of the venue and sat there for a half hour enjoying and watching our entire set. They tipped the band twice!

It’s gigs like these that keep you motivated and keep you going because they can be tough when no one‘s there. But when the people really appreciate it and you do your best to play the best possible music the real people get it and they show the love.
We’ve added more people to our social media and there’s a bigger buzz happening with the band which is what are shooting for.