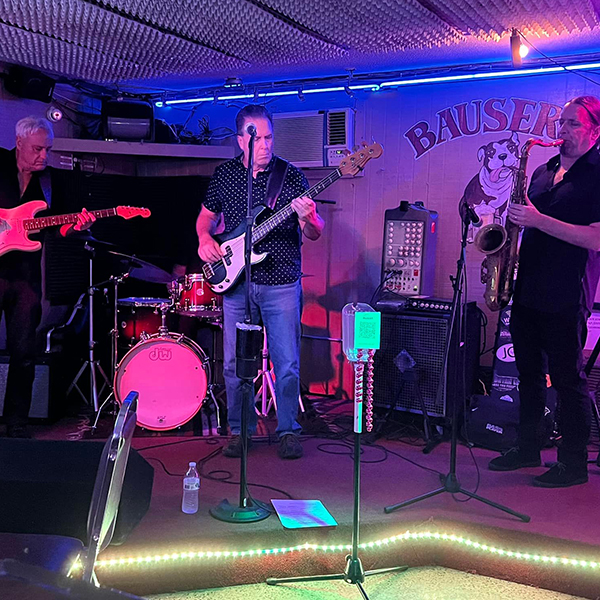 TBone Hamilton band debuts a Bauser’s in Dunedin. Tonight was a good gig because we were able to really tear it up in an air-conditioned environment. First set I did it like a concert. We did five songs in a row without stopping and it is a really good way to impact the audience when they don’t know you. Later on people were dancing I knew we had won them over. They’re a good group of people that just like to have a good time. We had our friend Jeff J from Tampa Bay sitting with the band  for a couple of tunes and he sounded good.

We had hit the road after the gig!
Yes tomorrow we have a gig at 5 PM