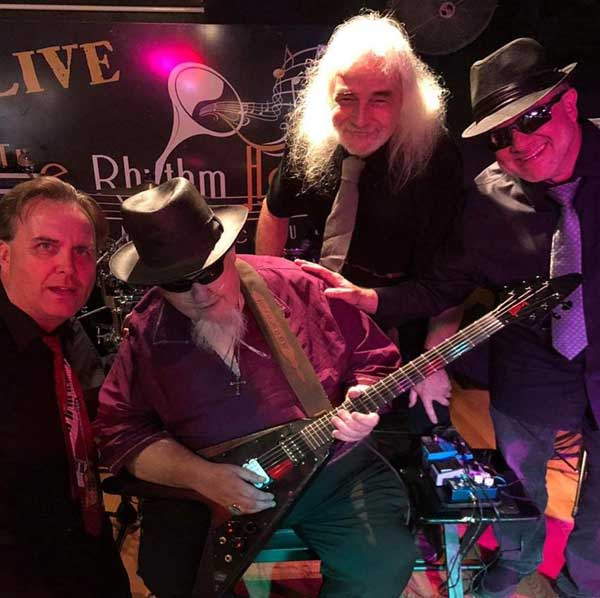 TBone Hamilton and the Blues All-Stars played H’ours Creole tonight. Bob Menzies was on drums, Jon Puhl on guitar, TBone Hamilton on bass, and Eric Mullins on tenor. We played three swinging sets of blues outside on a very cold night in Florida. So cold, that all our hands were getting cold throughout the night. I make sure I bring gloves to my gig so I can keep my hands warm I’m ready to go for the next set. But that doesn’t make up for the fact that the bass guitar itself and the strings are cold too.  Eric had to deal with his tenor sax getting cold as well. Nonetheless the band pulled it off and the people enjoyed another good night of blues. My bandmate Bob Menzies, from Bryan Lee’s Six String Therapy band (see photo) did a great job filling in for Eric Elsner on drums. – TBone Hamilton