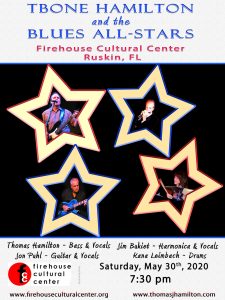 He also released his first music video “My Babe”. Shot on location in St. Petersburg Florida.

You can find out more at Thomasjhamilton.com