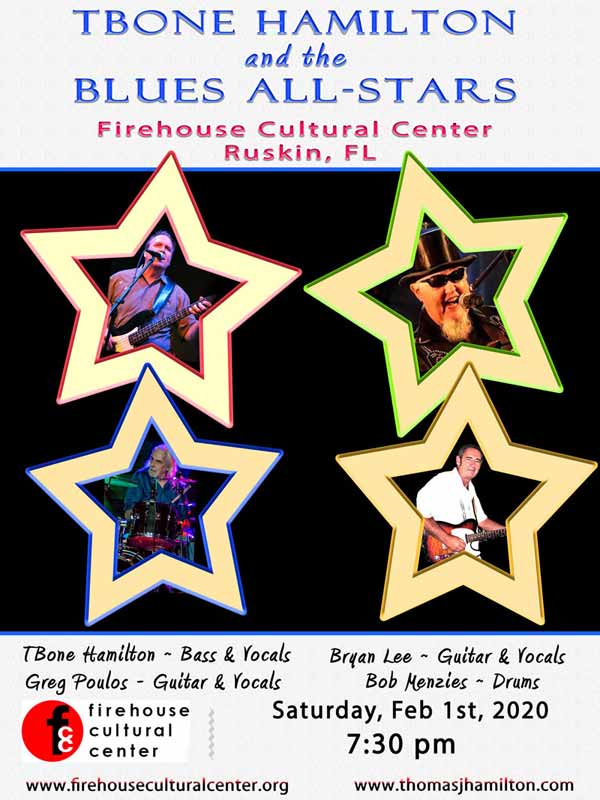 TBone has been a fan of Bryan Lee going as far back to his days when Bryan made his stand, performing 6 nights a week for over 14 years at the Old Absinthe House in New Orleans.  TBone finally got to meet Bryan in person when opening for his band locally in the Tampa Bay area. Bryan also calls TBone to come play with his band Six String Therapy form time to time.

Greg Poulos and TBone have been friends since the Poulos Ramsey Band days when the Greg and Pat Ramsey asked TBone to join their band. Greg already had a great legacy that point playing guitar in the Freddy King band. In Sarasota Greg has led the band the Venturas for many years and is hired featured guitarist for artists like TC Carr, Damon Fowler, and The Toler Brothers.

Bryan and Greg are excited to play together for the first time. This promises to be one heck of a blues show.

To Find Out More: