[St. Petersburg, Florida December 21, 2020] – Tom “TBone” Hamilton is a professional bassist, vocalist, and producer, located on the west coast of Florida. For the past several years TBone has performed at the Firehouse Cultural Center in Ruskin Florida. “The Mission of the Firehouse Cultural Center is to offer quality programming with a focus on a full spectrum of the arts, and on education for all ages. Center programs encourage participation, engagement, discovery and learning. Firehouse Center will offer experiential connections to the arts and to the unique history, culture and natural environment.”

Mr Hamilton’s relationship started in the very beginning of the “Firehouse Center Stage” when he was called upon to be the first musical act for the new Non-Profit venue. Since that time TBone has brought many talented musicians into town to perform.

Jeff Knauff, the sound and video engineer for the Firehouse, assembled a beautiful music CD entitled “Center Stage at the Firehouse 2020 BBQ & Blues”. The compilation CD consists of live performances from a variety of musicians that grace the Center Stage.

TBone Hamilton and the Blues All Stars contributed the following songs to the CD:

During this challenging time of reduced performances and capacity, the Firehouse Cultural Center decided to produce a music video to inspire the community. Tom “TBone” Hamilton was tapped as the Musical Director for the song “What a Wonderful World”. Jeff Knauff provided the arrangement outline and managed all of the technical aspects of editing the music video. 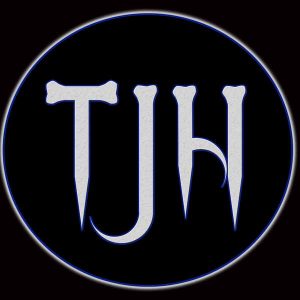 If you would like to find out more about Tom “TBone” Hamilton and would like to donate to the Firehouse Cultural Center, the contact information is below.

Tom “TBone” Hamilton is a versatile musician who is comfortable with leading his own bands, or as sideman with many different national and international touring musicians. For over three decades TBone has honed his bass skills on both the electric and upright bass. The feel he has developed on the bass started in his youth and began to be recognized by the top Blues musicians of the Tampa Bay area. Serving up the low end to iconic blues groups such as: The Deacon Fuller Band, Rock Bottom and the Cutaways, and the Poulos Ramsey Band, TBone was an in-demand bassist. TBone recorded with Ronnie Earl on Rock Bottom’s Harmaniac CD. Also featured on the CD is Vidar Busk, the monster blues guitarist from Norway. Desiring to expand his playing and repertoire, TBone began to study and play Jazz. It was during this time frame that TBone led the “Swinging Johnsons”. As a bassist, vocalist, songwriter, and producer, the band recorded two CDs “Get A Life” and “Duck”.  The band had a great run and eventually reconfigured to The Hamilton-Harris Project. TBone’s musical partner, Dan Harris, co-led this band and the partnership released a live Jazz Standards CD called “Live Matters”.  After this time, TBone went to play in the duo and trio formats with notable guitarists and pianists.

Not one to rest on his laurels, TBone is currently performing, producing music and is collaborating on new video music interviews and documentaries.